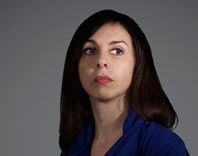 Manuela joined ZHA in 2002. She has worked as project director on a number of our projects in China and Europe. As an associate director, Manuela is involved in all aspects of project organisation, including design and technical team management along with contract administration. Manuela is also involved in all aspects of contract management and negotiations with the clients. Alongside her role as project director, she is actively involved in the management of the office as a whole, overseeing finances and resources for one of ZHA’s main clusters. Manuela speaks five languages,
namely English, Italian, Spanish, and basic French and German.